Home / Blog / Here
Maison&Objet Americas has announced its picks for this year’s Rising Talents. The six up-and-coming designers representing North and South America were chosen by a committee based on their work as designers as well as their commitment to helping usher the design community into the future.

On April 5, two of the six Rising Talents, which include Samuel Amoia, a designer from the United States who uses natural materials in his work, and Javier Gomez, an artist and photographer from Panama who’s based in New York City, attended an event at the Carpenters Workshop Gallery in NYC, along with Maison&Object Americas director Gastón Isoldi, announcing their designation. The six designers will be showcasing some of their work at next month’s fair and there also will be an award ceremony held in their honor.

One of Maison&Objet’s goals is to promote design and give the Rising Talents a platform to expose their work to buyers and the international media. Isoldi stated that Javier Gomez has been selected because of the unique way he applies his photography of buildings to design and Samuel Amoia’s great talent to create furniture using innovative techniques.

This is the second year that the 20-year-old fair will be held in the United States. The next fair in Paris will be held September 2-6.

Some of Our Favorite Sites

THE TEAM AT INTERIORS BY STEVEN G CONTINUES TO WORK TAKING ALL SAFETY PRECAUTIONS. 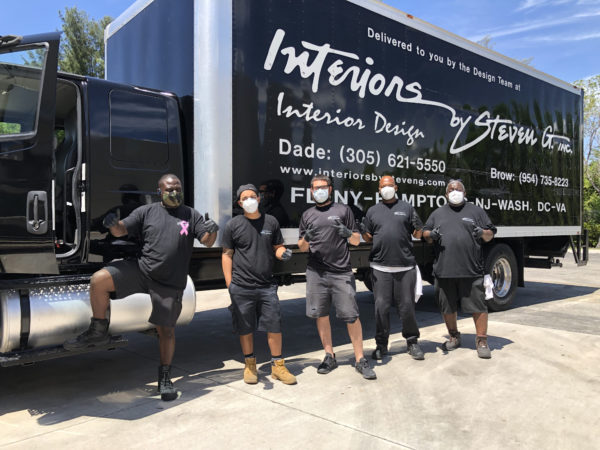